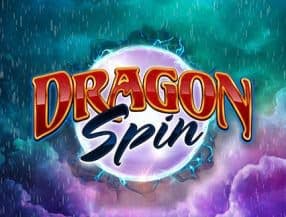 The factory of slot machines Bally Technologies It has specialized in gambling with a very particular aesthetic and functioning. Of all of them, those of oriental thematic, especially those who have on Chinese mythology their base, are favorites among the most experienced players. Discover one of these fantastic Machines online.

The legend of the dragons in a fun slot machine

Chinese mythology continues seducing public of all ages with its aesthetics and fascination by dragons. Dragon Spin is a machine that will surely make the delights of many novice players or experienced by their aesthetics and simplicity in the game dynamics. It is a simple machine as elegant, which has a total of 90 possible prize lines.

We can appreciate that your drawings have been created with great detail and beauty. Both the figures represented by letters and the dragons, which we will describe later, have been drawn with a great level of detail reaching a great plasticity. On the other hand, the game has a dynamic soundtrack and effects that highlight the moments when we achieved a prize. Remember that you can deactivate the effects at any time by clicking on the button with a sprocket that you will find on the left side of the screen.

We also emphasize that this machine has been programmed in HTML5 language instead of the usual Flash. This will allow you to play from any device, be it a PC with Mac OS, Windows or Linux or on a Smartphone or Tablet without needing adapted versions. A particularity of this machine is that pressing the third button on the left you can change the orientation of the game between horizontally and vertical, this function being specially indicated for mobile phones.

In Dragon Spin the dynamics is not very different from the one we find in other machines. By default, this machine has the deposit fixed by default in 2.10 credits by runs, betting on the 90 possible lines of prize. If you want to change the bet by Shot you must press on the red triangle located at the bottom right, next to 'Stake'. A drop-down menu will appear with all available shooting bets. When the bet is greater than a maximum of 210 credits per run -, the greater the options of winning.

The figures on this machine are 10 one of bonuses. Ordades of lower than higher are:

In this machine you can configure the Auto Play mode to automatically perform a series of consecutive runs without having to be controlling the machine. These automatic runs can be configured by a total number that can be 10, 50, 100 or 200, or when the losses exceed a specific credit or when in the same circulation you get an award equal to or higher than a certain number.

This machine, unlike others, has some very attractive bonuses and add emotion and more chances of winning. The games are the following.

Randomly, each roller can contain a symbol of mystery that replaces one or two symbols of each roller.

When three bonuses appear on the rollers 2, 3 and 4 a bonus game is started. Roulette can be stopped at one of the following mini-games.

Give the mini game Raining Wild. At the beginning of this mini-game, 3 to 10 WILD figures will be granted, which will be divided by the rollers. These are maintained during all the runs until the game ends

The mini-game Reel Blast causes the central roller to be shared and the others are those that move. The prize lines are the same as in the main game.

Here we receive 5 free runs and in each roll WILD symbols will appear by the different rollers, symbols that do not disappear in each roll but remain, adding possibilities to receive more prizes.