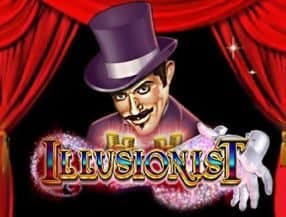 Illusionist is a NOVOMATIC slot based on the theme of magic in which you can make a pigeon appear, take out a rabbit from the joke or ... win the big prize. Here you can play illusionist for free and know all the magical secrets of this slot. 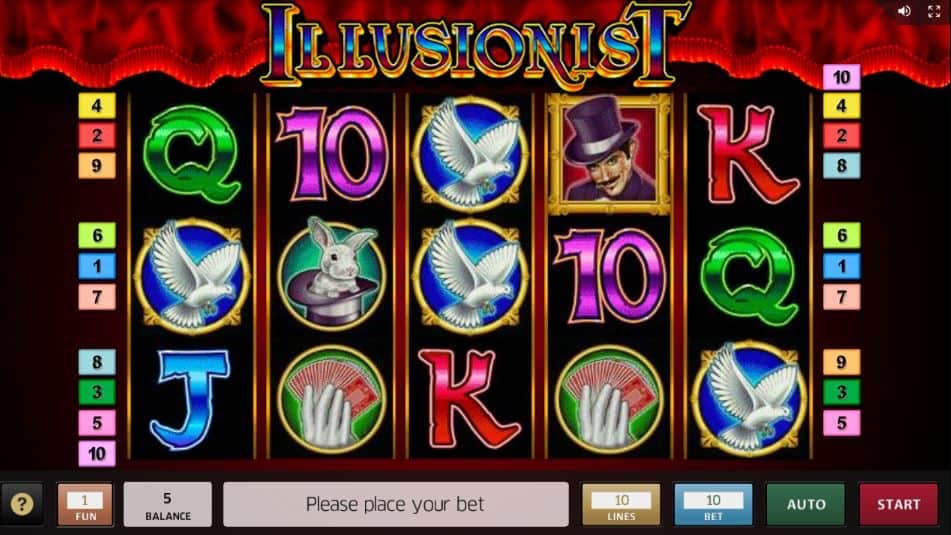 The numbers of Illusionist

If we start by the RTP that in our opinion is the most important figure of a slot, this game has one of 95%. Let us not be deceived, it is a low figure and nothing had happened because they had stretched a little more reducing their margin. But as we can not change it, or you make up or do not play, there is no more.

The game develops on the basis of five rollers, three heights and ten lines of payment. 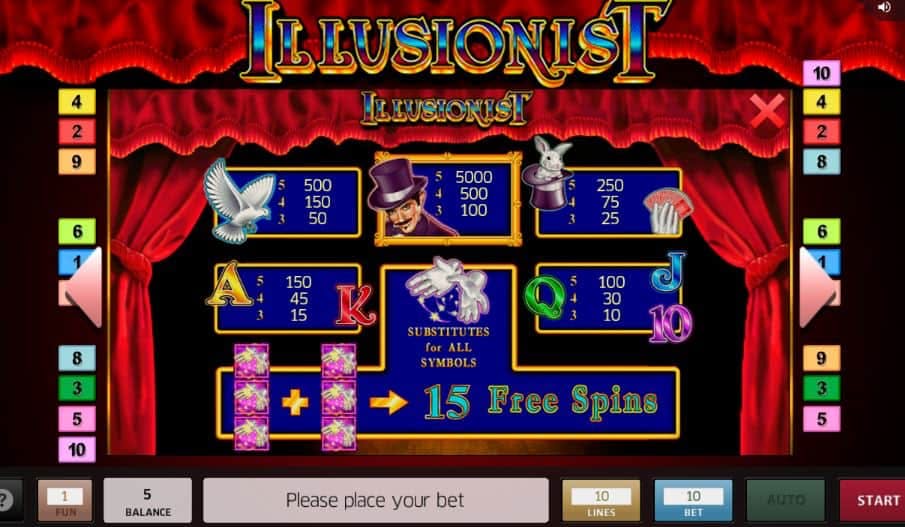 The wildcard, which are gloves from which some magical stars come out, also as SCATTER. Therefore, it replaces all the symbols and if it appears three times in the rollers one and five, the game bonus is entered.

In said bonus, all wildcards of the one and five rollers are maintained during the 15 free runs that last. That is, both rollers have wildcards in all positions.

Beyond the grace of symbols that are related to the world of magic: pigeons, rabbits in a pistra, gloves and the portrait of the magician, this slot is very classic.

What do we mean with classic? Well, as a background, we will only see a red curtain as in any stereotypic theater and the sound effects are limited to those who always use Novomatic in their slot: a psychedelic sound reminiscent of bar slots.

The symbol that is most paid is the magician or, rather, the illusionist. If you appear five times, you will multiply your bet x5000. The rest of the prizes are considerably reduced. Five pigeons multiply the X500 bet and five rabbits on the X250 jacket.

The greatest potential is, as is logical, in the bonus rounds. Not because there are multipliers, that there are not, but because having two entire rollers with wildcards, the chances of winning are triggered.

Also, when you receive a prize, you can play it at 50%. If you guess the color of a letter, you will bend it.

To play illusionist free the game offers us more than enough: an attractive theme and a very basic design, but be careful.

For more serious things, we think that the RTP does not justify playing a slot, which is already over. In our catalog you will find many other games, some of them with incredible themes and storylines.