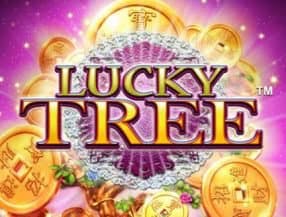 Chinese culture has fascinated the imagination of the Western world for centuries. Now it comes in the form of an exciting and elegant slot machine with which you can fill hours of fun with oriental fortune. Discover all the details of this exciting game of chance.

Lucky Tree, the culture of the distant China in a fun game of chance

The Bally Technologies random gaming factory has developed this free slot machine following the dynamics of other similar slots. This machine has the usual five rollers and three rows and up to 30 possible prize lines.

But before moving on to analyze the dynamics of the game, we must talk about its pastel and golden-colored aesthetic, which will surely evoke the fascination by the distant China. Lucky Tree has an aesthetic that mixes soft tones of the background, with vibrant tones and sometimes fluorescent figures. In addition, this machine has a pleasant oriental-style background music that will remind many unforgettable players soundtracks of the history of cinema. The sound effects are very discreet and accompany the game without disturbing or creating startles on the player. In any case, we can deactivate them by pressing the options button that we will find in the figure of the toothed wheel at the bottom left of the game screen.

It is important to note that this free slot machine has been designed on HTML5, which makes it fully compatible with browsers in Windows, Mac OS and Linux environments without the need to install additional plugins. If we want to play from our mobile device such as Tablets or Smartphones, we can do it directly without requiring an extra application or adapted versions.

This machine does not have too many secrets or additional games. When you are accessed for the first time, we enter directly to the game screen that is formed by 5 rollers and three rows and has up to 30 possible prize lines. In starting this game of chance we will find the default bet that we can modify as we want in the bet menu. The minimum bet is 0.01 credits per line and thrown, a total of 0.30 credits per run, and the maximum is 3.00 credits per line, which makes a total of 90 credits per run.

By pressing the PLAY button, located on the central right side of the screen, the rollers will be moved and, in stopping, combinations of random figures will be formed, which, occasionally, can form winning lines or start bonus rounds. The figures of this machine are 9, in addition to the bonus figures we will see in the next chapter of this review. The first group of figures is formed by four figures of the deck of French cards and are J, Q, K and A. In the group of figures with higher prizes we have the thematic figures of this machine:

In the free shooting game, the figures change slightly color and background. You also have to highlight two special figures that sometimes work as a bonus and sometimes as prize figures. These are the golden currency and the dragon.

Finally, this game allows you to play in Autoplay mode. To activate it you must click on the AutoPlay icon located at the bottom right of the game screen and configure this mode to make 10 to 200 consecutive automatic runs. You can also configure it depending on the lost credits, up to a maximum of 18,000, or the award won in a single roll, with a maximum of 1800 credits.

Although this machine is generous in terms of prizes, it incorporates various bonus options that will surely be very interesting for players. We started with the dragon figure that works like Wild both in the main game and in the free shooting game. This symbol can replace all the figures except for the cats of the fortune and the symbols of the ying and yang.

One of the most interesting bonuses of this game are mysterious coins that can fall during any shoot of the base game. They can appear from 3 to 7 and they will become any symbol, which work as a wild wildcard.

If three Ying-Yang or Wild Ying Yang symbols appear, the 10 free-running game will start. If the Wild Free Game Ying-Yang symbol appears during this game, 10 more free kicks will be added to the game. The game of mysterious coins is maintained during the round of free runs and allows you to earn even more prizes.